This post describes code confessions; openly confessing your coding sins to your team.

I want to tell you about something I do regularly which I call a Code Confession. It’s how I unburden myself from the guilt of having written bad code, bring it to the attention of the team to improve it and seek absolution for my coding crimes. 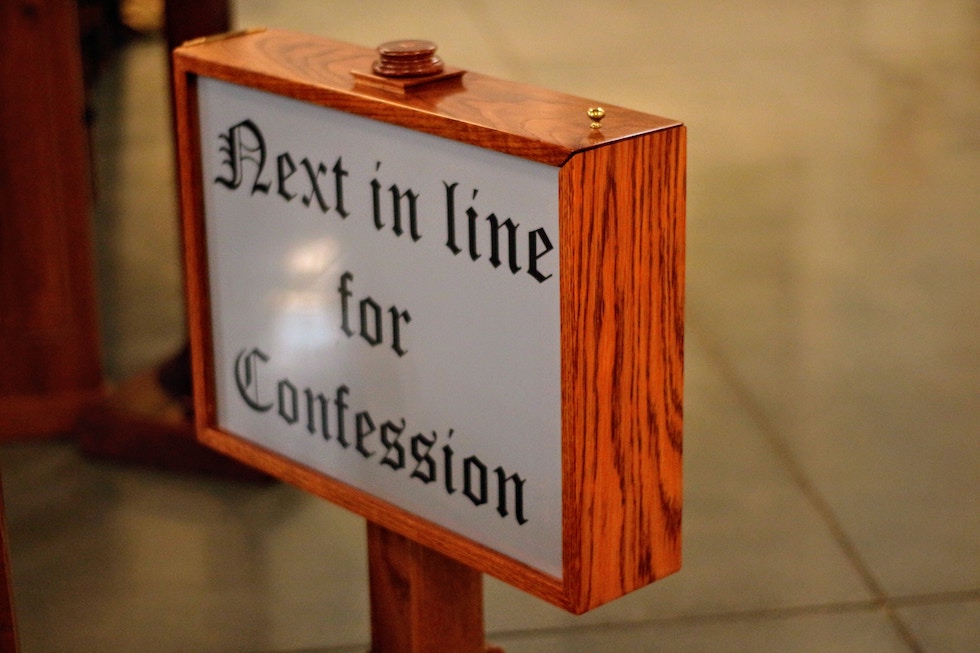 Let’s say I’ve written some code but there is something I just don’t like about it. There is a smell. The code solves the core problem though, and I know that if I had to, I could live with it. But yet I know that there is still something bad about it and, despite my own best efforts, it’s the best I’ve come up with.

The smell could be anything; it could be as simple as a method I can’t quite name well, or it could be more of an architectural decision, an added dependency on a library I didn’t want to add, a hacky workaround etc… There are a million ways to write smelly code, and I’ve probably done them all at one time or another.

No matter the particular reason for the bad code, the thing which often helps is to borrow a second pair of eyes on the problem. And so I grab a teammate on a call…

“I have a confession to make…“ is my opening gambit. My teammates know what’s coming next; they’ve heard my confessions many times before.

At a Code Confession, I’m telling the team “this code I’ve just written sucks”, and highlighting that it’s a problem for me. But I’m also warning them that this sucky solution, which only exists in my local branch currently, will become their problem soon. Once it is in the main codebase, it’s everyone’s responsibility to look after it.

The Code Confession is the time for the team to either come up with a better solution or to admit defeat as a group, and humbly accept that it’s the best we can do.

Sometimes during a Code Confession I’ll hear that actually the solution isn’t all that bad, and that can be nice to hear. But more often than not, we’ll work together to find a better solution. One that smells less and one that the team is going to be happier with long term. By highlighting code I don’t like but can’t improve on my own, and confessing it upfront to the team, we come together to improve it or we agree to live with it.

The team feels satisfied as they got to help solve a problem, I feel better that I’m not carrying this problem alone, and the codebase gets better because everyone feels shared responsibility.

Give Code Confessions a try the next time you’re left a little unsatisfied with some code you’ve written, and see how good it feels. Involve your team and absolve yourself.

Forgive me teammates, for I have sinned…