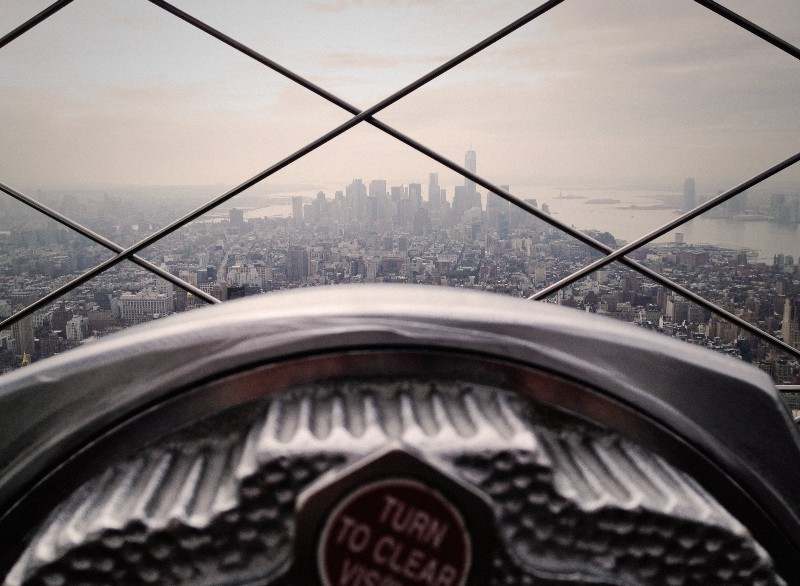 Use these methods to store, and later retrieve, any object you want to survive an Activity’s configuration change; perfect for a Presenter in an app using an MVP architecture.

The source code for a sample project showing this in action is available on GitHub: https://github.com/CDRussell/SurvivingPresenters

You’ll find a full explanation of the source below.

The Model View Presenter (MVP) design pattern dictates that you separate your presentation (the View) from the business logic and the data sources (the Presenter and the Model). Translated into Android terminology, this means having no logic in your Activity and making these as lightweight as possible. The Activity remains passive and is instructed on what to do and when to do it by the Presenter; also known as a Passive View design.

Android views, however, are complicated and have lifecycles that need carefully managed. We know that in Android if your Views are Activities then these will be destroyed and rebuilt on configuration changes (like when the user rotates the device).

If you have a long running operation which is a concern of your Presenter and Model, like posting data to a server or saving data into a DB, how do you keep that executing whilst your View is being destroyed and rebuilt?

If you’ve been reading up on MVP, you might have noticed that there are many opinions on how it should be implemented. There is no absolute right or wrong here, and whilst that provides enough flexibility to find something right for your project, it can be daunting not to have a best practice implementation to use as a reference.

Isn’t There a Library For That?

Libraries and frameworks have been created to solve this solution. If you are interested in using one, you can check out Nucleus or Mosby. However, my reservation with libraries/frameworks like these is that you must place a lot of faith in them to use them. Not only do you have to trust they play nice with a typical Android project setup today, you must trust that those developers will keep the project compatible tomorrow, and the next day. In other words, it is 3rd party magic that is crucial to the project. You might be ok with that.

When the use of a library will be pervasive throughout my project (every Activity will depend on it) I don’t want there to be magic involved. I want to know how to solve the problem myself in case the magician were ever to… disappear. At some point along the journey to understanding 3rd party libraries, you have enough knowledge to solve the problem yourself and keep it simple in doing so.

The solution lies in the combination of two simple methods:

In other words, chances are high that you already have access to this method.

The purpose of onRetainCustomNonConfigurationInstance() is to allow your Activity the ability to return a single object which can be re-used across configuration changes. This object will not serialised and deserialised, nor will it be destroyed and recreated; this object will survive the configuration change altogether. The exact same instance of the object that was used by the old View can be re-attached to the new View.

This is the perfect mechanism for storing our Presenter in MVP; when a View (Activity) is being destroyed due to a configuration change, we can return the Presenter instance from the onRetainCustomNonConfigurationInstance() method and when the new View has been recreated, we can re-attach the Presenter.

To retrieve the object stored by onRetainCustomNonConfigurationInstance() we use its opposite

As such, to meaningfully use the value returned from this method, we need to check to ensure it isn’t null and cast it to the right type of object; you’ll know the type you need to use as it has to match the object saved from onRetainCustomNonConfigurationInstance().

The sample project is available on GitHub: https://github.com/CDRussell/SurvivingPresenters

In this sample, we have a simple Activity which contains two buttons, one to increment a counter and one to decrement the counter. We have a TextView which is used to display the current count. 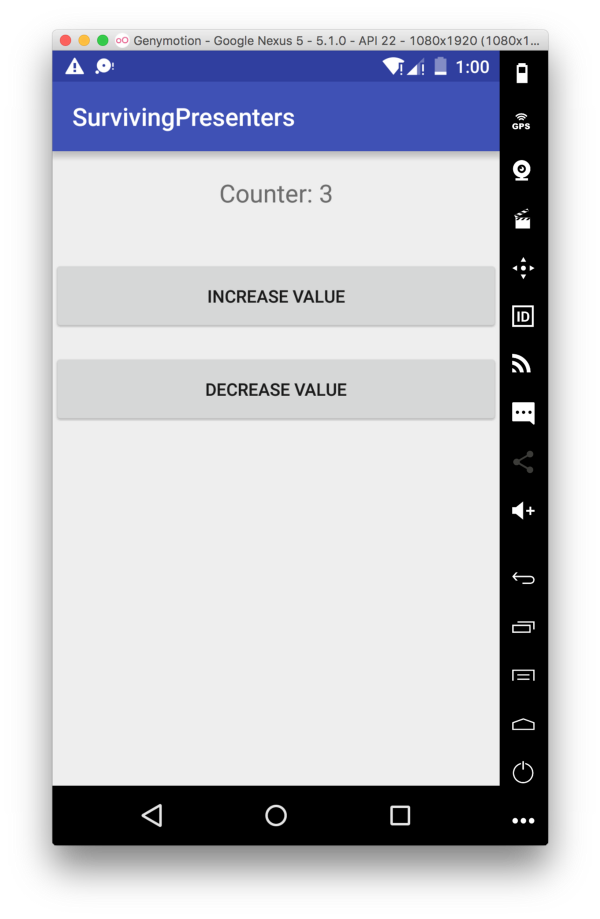 We use the MVP pattern to separate concerns. The Presenter is in charge of holding the current count and changing its value and is able to instruct the view to show the user a new value. The View is in charge of responding to a user clicking on either the increment or decrement button and informing the Presenter about it.

We use Paul Blundell’s excellent suggested structure of the required MVP classes (https://www.novoda.com/blog/better-class-naming/) to define an interface as follows:

Note, the Model is omitted here for brevity.

Our Activity must implement our IntroMvp.View interface and extend from AppCompatActivity

The Activity holds a reference to an instance of the IntroMvp.Presenter which it attaches to in the onCreate() method.

We retrieve an instance from the getLastCustomNonConfigurationInstance() method if it exists. If it doesn’t exist, we need to create an instance of the Presenter.

Finally we call presenter.attachView passing this which allows the Presenter to gain access to the newly created View.

The system will automatically invoke onRetainCustomNonConfigurationInstance() at the correct time and ask you which object you want to survive the current configuration change. You simply need to return the reference to the Presenter.

When the View is being destroyed, we inform the Presenter so that it doesn’t try to update an invalid View.

The rest of the Activity is simply handling the user pressing buttons and updating the view when told to by the Presenter.

Running the sample app, you can see that the Presenter continues to exist and hold the current value of the counter, even after the device is rotated. Additionally, if you hit the back button to properly destroy the Activity and relaunch it, the Presenter’s count will be reset to 0 as we’re dealing with a brand new instance of it in this scenario.

There are a large number of words in this article, but they all lead to one simple point. Use

to store, and later retrieve, any object you want to survive an Activity’s configuration change; perfect for a Presenter in an app using an MVP architecture.